Summer Games Most Anticipated and Current | One More Game

Every gamer has said “One More Game” or ” 30 More Minutes” once before, whether you are a casual, hardcore, or pro. Let’s say you’re playing an online multi-player game and you can’t dare to close out that application after getting destroyed by some tryhards. Or maybe you have been fishing all day but can’t get the fish you have been prizing for, so you are frustrated and 30 minutes will be it for you. But here are summer ‘s most anticipated games and the ones you’ve already been playing.

New Games – Releasing This Summer and Beyond

The Last of Us Part II | June

No introduction is needed, but the Last of Us Part II made by Naughty Dog is a continuation of the awarding The Last of Us. This zombie action-survival game is a continuation of the story from the first game. Where you you will fight desperately through the dangerous infected world as Ellie searches for vengeance. After a few delays it looks like the game finally be done. Be sure to check out the new gameplay as we prepare for release. Pre Order.

Not a very popular pick but the platforming game is a great break from the constant fps and more violent games. This family friendly remake brings some of the most beloved characters into a game where they fight to protect Bikini Bottom. Watch the trailer here. Pre order.

This action-adventure game made by Sucker Punch Productions is set in Japan where you can play as a samurai. What more do you need. You can brush up on your swordsmanship with this gameplay preview. Pre Order here.

Another superhero game made by Square Enix, team behind Final Fantasy, to fill in the void that Spiderman for the PS4 left. This time you get to play as the entire avengers squad and you can connect online with up to 4 friends too. Assemble the squad and fight through the cinematic story, building your roster of heroes. View some gameplay here and pre order.

One of the most anticipated games and ambitious games created by CD Projekt Red, the team also behind The Witcher games. After a some delays it has been pushed back to September 17. However, it is well worth the wait as this cyberpunk game set in 2077 is set take you on an immersive and wild adventure. Watch the gameplay here and be sure to pre order.

Binge Worthy – What Games Are You All Playing

As quarantine is coming to an end I would like to know what games you all are playing during this time. All the games that gave you the biggest headaches. The ones that made you scream and wake up your neighbors or family. The ones that made you say “Clip That” and had you smiling ear to ear. Here are a few games and clips that people are playing nonstop during quarantine:

Another addition to the Call of Duty franchise include a free to play Battle Royale mode: Warzone. Grab your friends gear up and go fight. Recently the game added Duos. If you don’t already have it you can buy it here.

Warzone has become a crowd favorite and new stars of the game have emerge, Faze Swagg is one of many. If you want to watch him go crazy even more check out his YouTube and Twitch channel.

There’s nothing like watching people having fun demolishing their opponents. Be sure to check out when they get out of closed beta. 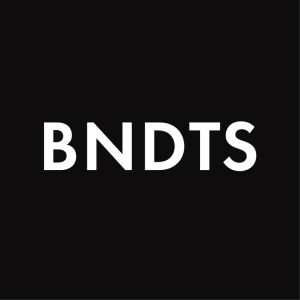